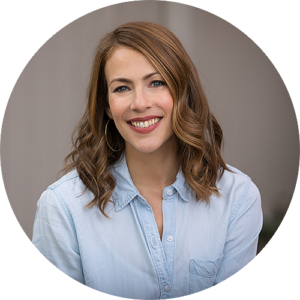 Kirsten Lodal is LIFT’s Founder and Senior Advisor. She served as the organization’s CEO for more than 20 years, from its founding in 1998 until 2019 when she passed the torch to Michelle Rhone-Collins. LIFT began as an idea during her sophomore year of college and has become one of the foremost anti-poverty organizations in the country. Under Kirsten’s leadership, LIFT has fostered positive outcomes for hundreds of thousands of parents and children and established itself as a national model for more effective and human-centered social services. Along the way, Kirsten has become a leading advocate for re-thinking and modernizing the design of America’s anti-poverty programs, spreading LIFT’s message from the White House and Capitol Hill to the NBC Nightly News, the PBS Newshour, CNN and The New York Times. Her passionate championing of racial equity has been featured as a case study by The Chronicle of Philanthropy and Harvard University.

Kirsten has received numerous honors for her work on behalf of families, including the National Jefferson Award for Public Service, established in 1972 by Jacqueline Kennedy Onassis as our nation’s “Nobel Prize for community and public service” and the John F. Kennedy New Frontier Award for young Americans committed to public service. She is an Ascend Fellow at the Aspen Institute, a Pritzker Fellow at the University of Chicago Institute of Politics, a Kresge Foundation NextGen Human Services Fellow, and a member of the New America/Bloomberg Shift Commission on the Future of Work. She serves on numerous boards, including the Homeless Children’s Playtime Project, a program working to restore childhood to children living in shelters, and DC Greens, a non-profit focused on advancing food justice in our nation’s capital. She is actively involved in progressive politics, and most recently was honored to have been a part of Rev. Raphael Warnock’s successful campaign to become the next U.S. Senator from Georgia.

Kirsten is currently a Master of Divinity candidate at Union Theological Seminary, concentrating in Social Ethics and spearheading an effort to advance an inter-faith neo-abolitionist movement. She is a graduate of Yale University and the Executive Management Program at the Columbia Business School’s Institute for Not-for-Profit Management. She lives in Washington, D.C., with her husband, Jeff Himmelman, a writer and musician, and their three young daughters, Billie, Joni and Celia.